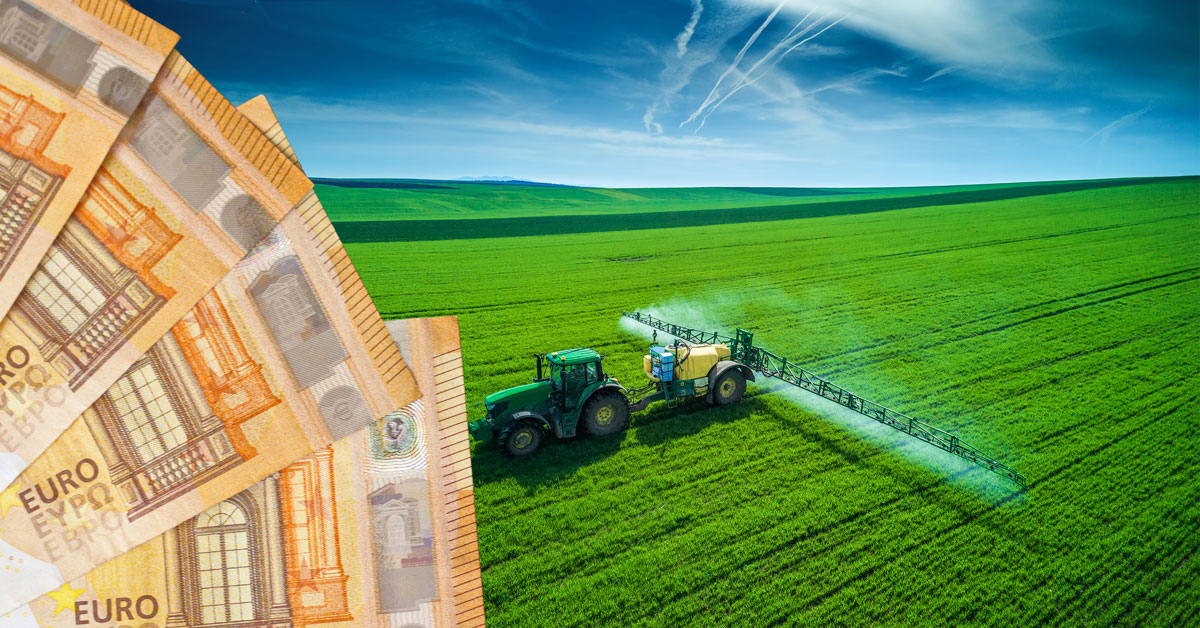 Italy and France are in the lobbyists' crosshairs

A small but powerful minority of seed and agriculture industry lobby groups continue to push for the deregulation of old and new GMOs (New Breeding Techniques or NBTs), both at European level and in the Member States, reports the peasant farmer network European Coordination Via Campesina (ECVC).

ECVC member organisations in Italy and France have denounced the attempts to introduce GMOs by trying to change the Italian legislation on seed marketing without any public debate – and by refusing to apply European regulations on GMOs in France.

Four proposals for decrees are circulating in the Italian Parliament's Agriculture Committee, which would, in very clear terms, look to authorise the entry of new GMOs into Italy, a country that has been "GMO free" since 2001, and where the fruit, wine and vegetable seed sectors that would be affected by the decree change are fundamental to the national agricultural system.

Italy justifies its proposals for the decrees, partly in clear contradiction with EU law, by falsely citing the need to adapt to EU legislation on seed marketing. In fact this obligation does not exist at present.[1] In this regard the only obligation on countries is to implement the European Court of Justice's ruling on GMOs, which means that Member States must ensure that all new GMOs fall under the EU GMO Regulation (judgement of 25 July 2018 in case C-528/16)[2].

In France, the French Council of State, the highest court of justice in the country, ordered the government in February 2020 to finalise its national law within six months, in line with the European Court of Justice ruling requiring new GMOs to be regulated under Directive 2001/18. But, says ECVC, the European Commission was quick to oppose this order, obediently executing the demands of forty seed industry organisations and agriculture lobby group Copa-Cogeca. Ten months after the injunction from its supreme court, the French government has still not implemented it, deliberately choosing not to apply its own laws or those of the European Union.

At the same time, three Members of the European Parliament, including the Italian Paolo De Castro (S&D), as well as Irene Tolleret (Renew Europe/France) and Anne Sander (EPP/France), have written to the Commissioner for Health and Food Safety Stella Kyriakides to persuade her to ignore the precautionary principle and impact assessment that have guided EU decisions on the issue of GMOs so far.

The application of current GMO legislation (Directive 2001/18) obliges the developer to indicate the detection method by which his GMO can be distinguished from any other organism that exists naturally or is obtained by traditional breeding processes. Moreover, all new GMOs are patented.

In the view of ECVC, attempts to amend national legislation to violate this regulatory framework are clearly intended to create a comparative advantage for a handful of powerful European seed companies and lead to unfair competition between these companies, to the detriment of those of more modest economic size.[3] On the contrary, ECVC says, what is needed is to maintain the European regulatory framework on GMOs as it stands, including Directive 2001/18/EC, and to apply it rigorously. This will ensure that the rights of consumers to know what they eat and the rights of farmers to know what they produce are respected, as well as the right to pursue a type of agriculture free from GMOs and the risk of pollution by undeclared GMOs.

ECVC wants the European Commission to call on these states to respect their obligations arising from the decisions of the Court of Justice, in order to fulfil its role of harmonising the application of this judgement in each country at European level and to stop the creation of any seed legislation that will only benefit a small part of the seed sector, in clear contradiction with European law, its precautionary and transparency principles, the rights of peasants and consumers.

For ECVC, it is important to underline that peasant agriculture in Europe continues to innovate in the fight against climate change and cope with its impacts without needing to contaminate its fields with "miracle" solutions produced by a handful of companies just to continue to ensure huge profits for the seed sector.

Francesco Sottile, agronomist, professor at the University of Palermo, and member of the Executive Committee of Slow Food Italy, commented on the developments in Italy: "If the Government wants to introduce the possibility of making use of NBT techniques [New Breeding Techniques, more correctly called New GM techniques], they should say so openly, take all the necessary steps and involve, at appropriate times, all the actors: from political forces from the Regions, to farmers, civil society and citizens."

Sottile added, "We remain confident that the law excludes any reference to GMOs, as should be the case in a country where their cultivation and production are prohibited.

"Only in this way will the law acquire the right transparency, leaving no room for the misunderstandings that are often fuelled by those who still believe that agriculture can do without ecological models. We have witnessed a recent return of attention towards supporting the use of glyphosate, which has a lot of relevance to GMOs. And we would not want these attitudes to end up weakening the rigour that our Parliament has shown by placing itself alongside the majority of European countries that have not allowed the cultivation of these genetically transformed plants."

1. Countries should comply with the European Council decisions on the basis of which the European Commission must produce a report to assess the need of updating the 12 directives governing the issue of seed marketing (see COUNCIL DECISION (EU) 2019/1905 of 8 November 2019 inviting the Commission to present a study on the Union's options for updating the existing legislation on the production and marketing of plant reproductive material and a proposal, if appropriate, taking into account the results of the study).
2. https://eur-lex.europa.eu/legal-content/FR/TXT/?uri=CELEX:62016CJ0528
3. https://read.oecd-ilibrary.org/agriculture-and-food/concentration-in-seed-markets_9789264308367-en