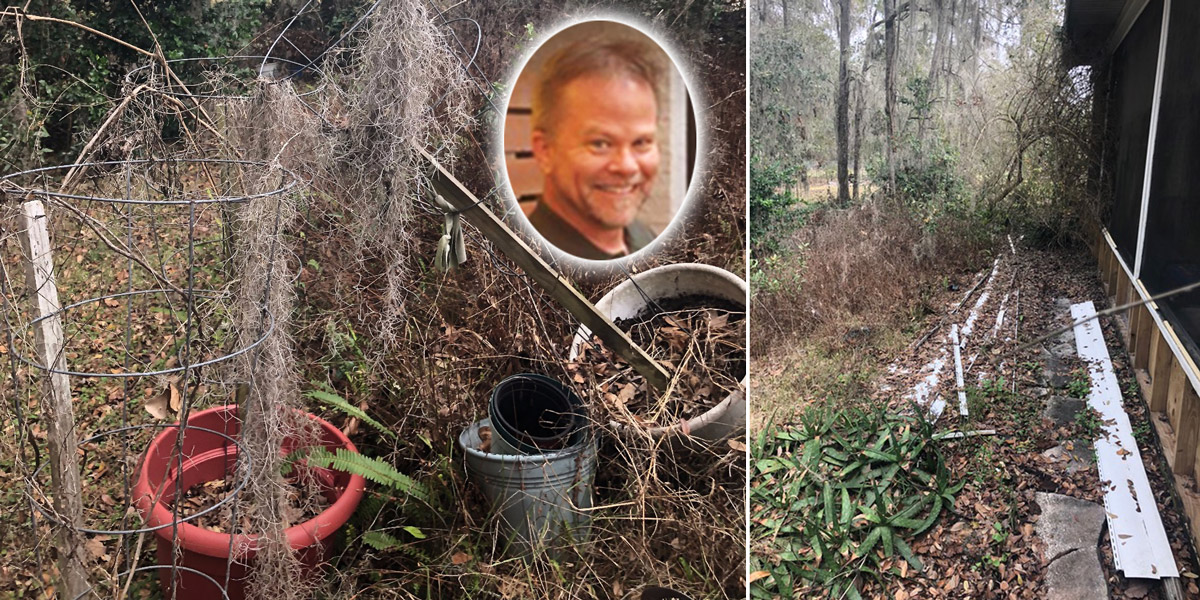 We received this interesting article from a gardener who wished to remain anonymous because of the vitriol often aimed at anyone who criticizes Kevin Folta.

Kevin Folta may be a professor of horticulture in Florida – a state renowned for its verdant gardens, where you can grow vegetables all year long – but I’ve never had him down as a kindred spirit when it comes to plants and gardens.

His lab work is all about the effects of different lighting technologies on plant growth and crop traits, and working out how to deploy that kind of tech at “an industrial level”. 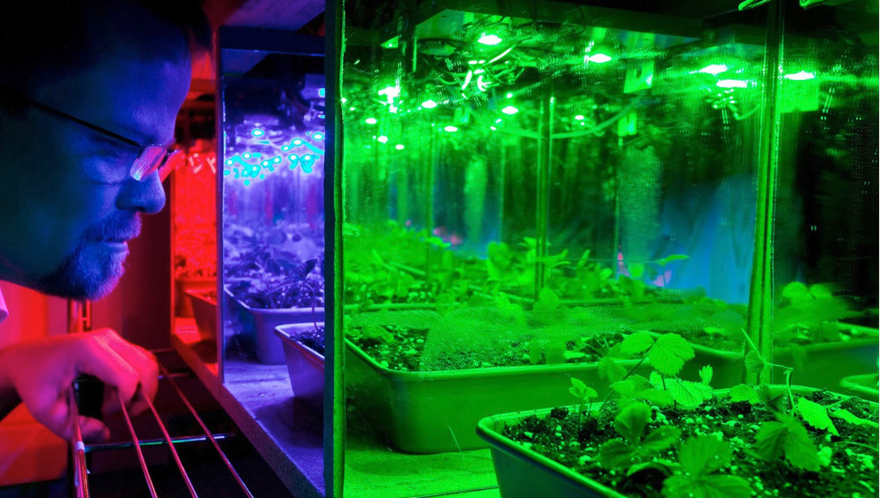 That sounds pretty alienating to me, who loves nothing more than being outdoors in the natural light, getting my hands dirty and sharing seed with those starting school and community gardens or just wanting different seed varieties for their own backyards.

So it really caught my attention when I saw someone quizzing Folta on Twitter about his “kick-ass garden”.

Folta had a “kick-ass garden”? I was stunned. It’s usually easy to spot fellow gardeners on social media – specially the “kick-ass” variety! – because we love to share photos and videos of our gardens, the daily harvest during the growing season, and the meals we make from the foods we grow. But over the years I’d never spotted Kevin Folta sharing anything like that (at least not until recently – something I’ll come to), even though he was always posting pics of things he enjoyed doing, like guzzling beer! 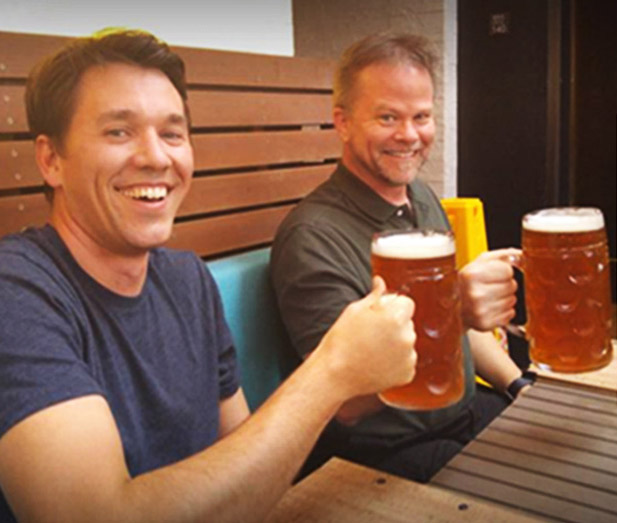 Normally I love interacting with gardeners on social media. We share our tips for composting, vertical growing in small spaces, and the different ways we germinate seeds. But with Folta I couldn’t join in any convo, as Folta and I had each other blocked. So I decided to take a look at Folta’s blogs and other posts to see whether he’d ever said anything else about his garden. And to my surprise, I found he had… repeatedly, often using the same words and phrases.

For instance, as well as using that “kick-ass” expression in a blog post that identified his “kick-ass garden” as one of his key sources for “fresh fruits and vegetables”, he had also tweeted “I have the ultimate kick-ass garden” back in 2015.

“A million eggplants every year”

What didn’t surprise me though was to discover that the Roundup-drinking GMO-loving professor was no organic grower. “My garden rocks,” he said in the same blog, explaining, “I use lots of pesticides and synthetic fertilizers, safely, and without hesitation.”

And all those chemicals seemed to be helping him grow a ton of veggies, judging by a tweet of his about eggplants. Folta said he was always pleased to find something new to do with them because “I get a million eggplants in my garden every year.”

Better than anything in Europe

Of course, anyone would be proud of a garden that productive, which may be why he again boasted on Twitter in 2017 about how “My garden rocks”. Back in 2015, he even asserted that it outshone much of what the world had to offer: “I've been to Europe, and it is wonderful, but still not as good as my garden…”

A garden that good is obviously something I wanted to see, but when a farmer replied to Folta’s tweet saying, “You should post some pics of what you grow in your garden Kevin”, their exchange suddenly ended.

So I decided to approach Kevin Folta’s then wife Roxanne - this was back in 2018 - and ask her what she could tell me about their lovely garden. Was it really as wonderful as Kevin claimed? And did she have any pictures?

“He never really had a garden”

Her reply? “He never really had a garden.” She sent me some photos of their yard. It had an overgrown and long-abandoned look. She also told me that after Kevin left earlier that year, “I had to pay big bucks to clean it up.” 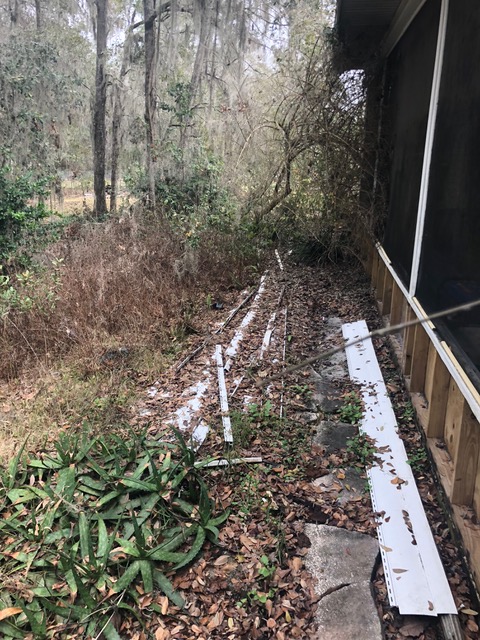 She said, “His so-called garden was just another one of his ‘projects’...painting, kitchen cabinets, the back porch, landscaping, etc., he abandoned them all.”

But in one tweet about how his “garden rocks”, he referred to it being “bruschetta season down in Floirda (sic)”, so surely he at least grew tomatoes? “He grew a few, but they were not noteworthy. Mostly he left them on the vine and they rotted.” Roxanne said that after that, the tomato cages just sat there unused.

A Meyer lemon tree had produced fruit, but that was because “it is no maintenance. He used the lemons at a party he went to for whiskey sours. He was the king of the party.”

But he said he got a million eggplants every year. “I cannot recall ever getting an eggplant from any garden of his, or us cooking with anything he said he grew.”

It is true that after leaving Roxanne in February 2018, Folta set up home with a small-scale farmer, and since then has started posting pictures of fruit trees, hens, pigs and other stuff that has the makings of a nice little farm. But nearly all his comments about how impressive his garden was were made either when he was still with Roxanne (his assertion that his garden was more wonderful than anything in Europe, for instance, was made back in 2015), or refer to what is clearly a long-established garden, like the tweet about it giving him a million eggplants every year.

He has also written “over my whole life I found great solace in growing my own food.” But his “whole life” doesn't seem to have included the period with a wife he lived with for 23 years!

We need to talk about Kevin

If all this suggests that Kevin Folta just makes shit up without any regard for the truth, then this is the same Kevin Folta who claimed he had “nothing to do with Monsanto”, before emails released under FOIA revealed he had a disturbing amount to do with them. He also denied doing any consulting for Bayer, despite having a lucrative $600-an-hour gig doing just that.

Of course, Folta maintains he only attracts so much controversy because of the way he stands up for science. But my issue with him has never been about “science” but about the enormous problems he has with telling the truth, whether it’s about his industry connections or what’s growing in his garden!