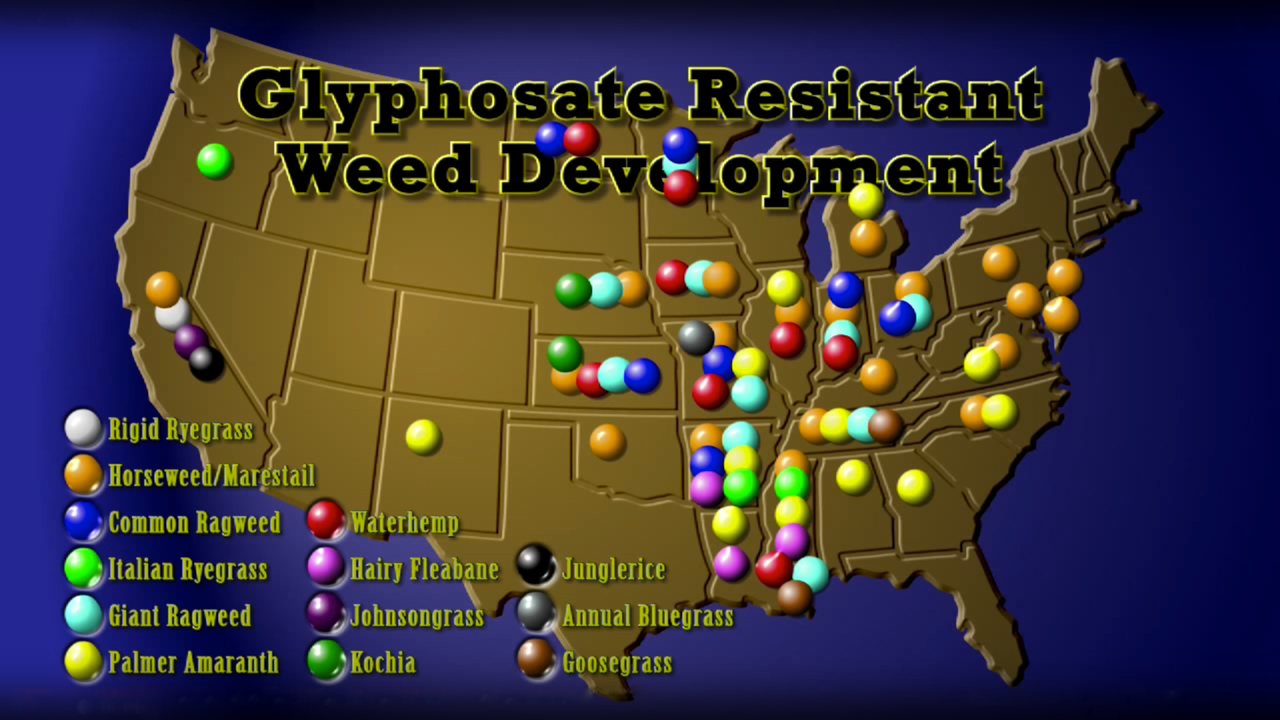 As farmers try to control glyphosate-resistant weeds with other herbicides, a new peer-reviewed paper sees the end of the road for “chemical and transgenic treadmills”

The widespread planting of GM glyphosate-tolerant crops has led to the spread of glyphosate-resistant weeds. Attempts to control the weeds through the use of other herbicides are not always effective as weeds often are resistant to those chemicals too, even before they are used. At best this practice can provide only a temporary solution.

These are some of the findings of an important new scientific paper (abstract below), which concludes, “Herbicide and seed businesses are not going to be able to support what critics call the chemical and transgenic treadmills for much longer.”

The rise and future of glyphosate and glyphosate-resistant crops

Abstract Glyphosate and glyphosate-resistant crops had a revolutionary impact on weed management practices, but the epidemic of glyphosate-resistant (GR) weeds is rapidly decreasing the value of these technologies. In areas that fully adopted glyphosate and GR crops, GR weeds evolved and glyphosate and glyphosate traits now must be combined with other technologies. The chemical company solution is to combine glyphosate with other chemicals, and the seed company solution is to combine glyphosate resistance with other traits. Unfortunately, companies have not discovered a new commercial herbicide mode-of-action for over 30 years and have already developed or are developing traits for all existing herbicide types with high utility. Glyphosate mixtures and glyphosate trait combinations will be the mainstays of weed management for many growers, but are not going to be enough to keep up with the capacity of weeds to evolve resistance. Glufosinate, auxin, HPPD-inhibiting and other herbicide traits, even when combined with glyphosate resistance, are incremental and temporary solutions. Herbicide and seed businesses are not going to be able to support what critics call the chemical and transgenic treadmills for much longer. The long time without the discovery of a new herbicide mode-of-action and the epidemic of resistant weeds is forcing many growers to spend much more to manage weeds and creating a worst of times, best of times predicament for the crop protection and seed industry.

Image: University of Missouri (2012), from: https://www.youtube.com/watch?v=JJabkrtIcy4