94 scientists explain why EFSA got it wrong on glyphosate 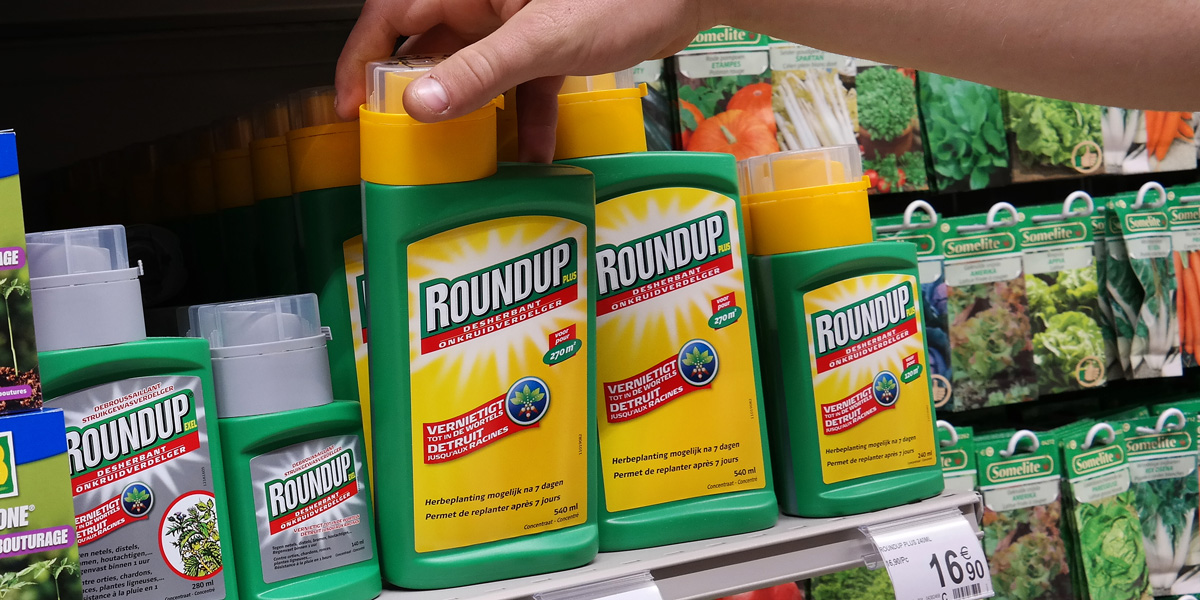 Peer-reviewed article criticizes EFSA over incorrect use of data, ignoring evidence of tumours in lab animals, and reliance on secret studies to come up with a verdict that glyphosate doesn’t cause cancer

A group of 94 scientists has published an article explaining the differences in the evaluation of the weedkiller glyphosate’s cancer-causing potential by two scientific organisations.

Glyphosate is sprayed on over 80% of GM crops grown worldwide and is the most used herbicide in the world.

The World Health Organisation’s International Agency for Research on Cancer (IARC) and the European Food Safety Authority (EFSA) came to opposite conclusions on the carcinogenicity of glyphosate. The IARC classified glyphosate as a “probable” human carcinogen, but EFSA said a cancer link was unlikely.

The EFSA decision, based on a report prepared by Germany’s Federal Institute for Risk Assessment (BfR), even indicated that the allowable daily intake of glyphosate, the amount that humans can safely ingest each day over a lifetime, could be increased.

The 94 authors of the new article include most of the group of 96 scientists who publicly condemned EFSA’s assessment of glyphosate as “not supported by the evidence”. They also include many members of the original IARC Working Group that classified glyphosate as a probable carcinogen.

In the article, which is published in the peer-reviewed Journal of Epidemiology and Community Health, the 94 scientists point out a number of deficiencies in EFSA’s report, including:

* EFSA “dismissed any association of glyphosate with cancer without clear explanation or justification”.
* In order to dismiss evidence of various types of cancer in mouse studies, EFSA invoked “historical control data” from unrelated experiments. The proper controls are the concurrent controls within the experiment. In doing this, EFSA ignored guidelines for using such data in evaluating cancer findings established by the OECD, the European Chemicals Agency, and in the scientific literature – even though the first two authorities are cited in BfR’s own report. The scientists explain, “Thus, EFSA incorrectly discarded all findings of glyphosate-induced cancer in animals as chance occurrences.”
* EFSA ignored important laboratory and human evidence of DNA damage (genotoxicity) from glyphosate herbicides.
* EFSA confirmed that glyphosate induces oxidative stress but then, having dismissed all other findings of possible carcinogenicity, dismissed this finding on the grounds that oxidative stress alone is not sufficient for carcinogen labelling.

GMWatch would add that EFSA’s reliance on irrelevant historical control data to dismiss significant findings of toxicity from pesticides is common practice in ‘regulatory science’. The practice has been challenged before in relation to findings of birth defects in laboratory animals fed glyphosate in regulatory tests.

The 94 scientists also state that scientific progress relies on transparency of data so that findings can be questioned and tested by others. However, they write, “Many of the elements of transparency do not exist” for BfR’s report on glyphosate:

“For example, citations for almost all references, even those from the open scientific literature, have been redacted. The ability to objectively evaluate the findings of a scientific report requires a complete list of cited supporting evidence.”

As another example, the scientists add, no authors or contributors are listed for either the BfR or the EFSA report, a requirement for publication in virtually all scientific journals, where financial support, conflicts of interest and affiliations of authors must be fully disclosed. This is in direct contrast to the IARC Working Group evaluation, which lists all authors and all publications and required full public disclosure of relevant conflicts of interest prior to the Working Group meeting.

In the most important example of non-transparency, BfR relies for its verdict of the non-carcinogenicity for glyphosate on unpublished studies that were commissioned and are owned by pesticide manufacturers. These studies are kept hidden as trade secrets and IARC was unable to review them, a point that the scientists criticize in their article: “The use of confidential data submitted to the BfR makes it impossible for any scientist not associated with BfR to review this conclusion.”

The case for transparency of such data was recently made by scientific reviews expert Paul Whaley, who condemned EFSA’s practice of keeping secret those studies which it claims exonerate glyphosate from suspicion of causing cancer. Whaley wrote: “If the secret data which EFSA could access but IARC could not is so compelling, why keep it confidential?”

The answer to this question may be that many pesticide approvals, including that of glyphosate, would not survive full transparency of data and conflicts of interest of those involved. A system that relies on keeping crucial facts hidden from the public and scientific community is not sustainable.