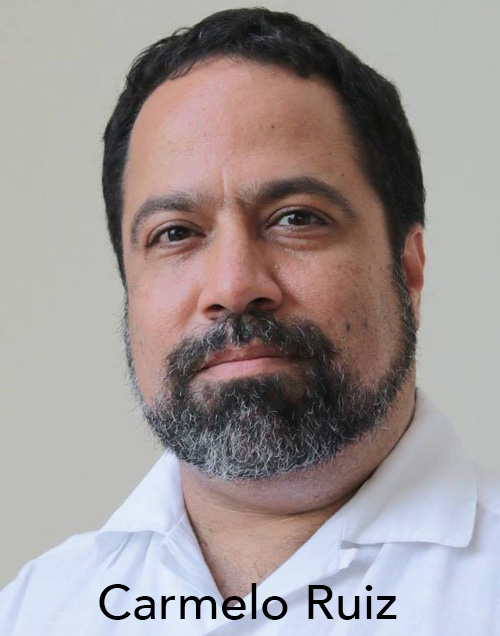 The much-detested Monsanto biotechnology corporation will likely change its name this year following its imminent merger with its European counterpart Syngenta. Such a merger would beget an unprecedented behemoth that would control 45% of the world commercial seed market and 30% of the global agrochemical sector.(1)

The US-based Monsanto, which began in 1901 as a chemical company, is currently the world’s largest seed company, with some 26% of the world market. In the 1970s Monsanto invented the systemic herbicide glyphosate. Sold by the company under the brand name Roundup, it is the most lucrative agricultural poison in history. This company dominates the world market for genetically modified (GM) seed, trouncing its competitors by a broad margin. The majority of its GM seeds have been modified to tolerate being sprayed with glyphosate, and are thus called Roundup Ready seeds. This particular use of GM technology allows Monsanto to sell the seed and the herbicide as one integrated package.

Glyphosate’s patent expired in 2000, which means that now any chemical company can make its own generic glyphosate and compete with Monsanto’s Roundup. So how does the company keep profiting off its herbicide? By requiring farmers who buy Roundup Ready seed to buy only Roundup and refrain from using generic glyphosate products.

Monsanto started buying big into the biotech and seed businesses in the waning years of the 20th century, conducting its first open air GM crop field tests in Puerto Rico and other locations in 1987. It then went on a binge, buying out companies like Agracetus, Asgrow, Calgene, Dekalb and Holden Seeds, and reorganizing into a “life sciences” company in 2000.(2) It became the world’s number one seed company in 2005 when it purchased Mexico’s Seminis for $1.4 billion.(3)

Syngenta, with 28,000 employees in over 90 countries, describes itself as “a leading agriculture company helping to improve global food security by enabling millions of farmers to make better use of available resources”.(4) Founded in 2000, it was the product of a merger of the agricultural businesses of Novartis and AstraZeneca. Novartis was in turn the product of a 1996 merger between Ciba Geigy and Sandoz, back then one of the largest corporate mergers in history, while AstraZeneca came into existence in a 1999 merger.(5)

Monsanto desperately needs to marry a partner for a number of reasons. The first is that glyphosate is becoming a liability. On April 2015 the World Health Organization identified it as a probable human carcinogen. Furthermore, the science that led to its approval does not seem to hold up. According to a November 2015 GM Watch report:

“Monsanto has known for almost four decades that glyphosate causes cancer, according to a new paper by researchers Anthony Samsel and Stephanie Seneff. Samsel is the first independent researcher to examine Monsanto’s secret toxicology studies on glyphosate. He obtained the studies, which have been denied to other inquirers, via a request to his senator. With his co-researcher Dr Stephanie Seneff of MIT, he reviewed Monsanto’s data. Samsel and Seneff concluded that ‘significant evidence of tumours was found during these investigations’.”(6)

That same month, another peer-reviewed paper exposed the dubious science used in Monsanto-sponsored glyphosate safety studies at the time that the company was seeking US government approval:

“Dr Marek Cuhra has conducted a careful study of all of the assessments made of the toxicity of glyphosate to aquatic organisms – and in particular the water-flea Daphnia magna. He discovered that the industry sponsored study conducted by McAllister and Forbis in 1978 for ABC laboratories (which was never published) purported to show that glyphosate was about 300 times less toxic than was revealed in later studies. And yet that deeply flawed study was used for the assessment of glyphosate toxicity by the American EPA and by other regulators worldwide, on the assumption that it was completely reliable. The study purported to show that glyphosate was effectively harmless, and that was accepted as a scientific ‘fact’.”(7)

And that’s just two news items in one month. There is further information on the toxicity of glyphosate herbicides in studies carried out by Argentina’s late crusading scientist Andrés Carrasco(8) and the French team led by Gilles-Eric Séralini.(9)

Those unmoved by hazards to human health will perhaps be moved by this: glyphosate is fast becoming useless, thanks to the predictable rise of resistant weeds. There are currently 100 million acres in 36 US states invaded by herbicide-resistant weeds, and at least 24 resistant weed species worldwide. According to a June 2014 Nature editorial:

“Palmer pigweed (Amaranthus palmeri) is not a weed to trifle with. It can reach more than 2.5 metres tall, grow more than 6 centimetres a day, produce 600,000 seeds and has a tough, woody stem that can wreck farm equipment that tries to uproot it. It is also becoming more and more resistant to the popular herbicide glyphosate. The first such resistant population was confirmed in 2005 in a cotton field in Georgia, and the plant now plagues farmers in at least 23 US states. There is broad agreement that the spread of these resistant plants has its roots in the widespread adoption of crops engineered to be resistant to glyphosate.

“By 2012, glyphosate-resistant weeds had infested 25 million hectares of US cropland. They have also appeared in other countries that have embraced glyphosate-tolerant crops, including Australia, Brazil and Argentina. Blanketing crops year after year in the same herbicide is the perfect way to foster resistant weeds.”(10)

Monsanto’s response to this crisis has been to acquire from other corporations new toxic agrochemicals and GM crops engineered to resist them. Given that Syngenta is the world’s number one pesticide company, with 20% of the market, it is the most obvious target of Monsanto’s advances. In 2015 Monsanto made two buyout offers to Syngenta, the second one of $45 billion, but Syngenta declined.

Now Monsanto is more hard-pressed than ever to close a deal with Syngenta, given that Germany’s BASF and Chinese state-owned corporate giant ChemChina are courting the company with buyout offers of their own. What’s worse, in November, Dow and Dupont, Monsanto’s only two real competitors in the US, agreed to merge. Dow Agrosciences, Dow’s agricultural division, has 10% of the world agrochemical market and 4% of the commercial seed market. And Dupont has, through its Pioneer subsidiary, 21% of the world commercial seed market and 6% of the agrochemical market. Monsanto is likely to fear being crushed to oblivion by the offspring of such a merger.

Pioneer has an unusual history. It was founded in the 1920’s by plant breeder, business maverick and progressive politician Henry A. Wallace, who would go on to become US president Franklin D. Roosevelt’s secretary of agriculture, later the country’s vice president, and in 1948 the presidential candidate of the left-of-center Progressive Party.(11) In 1941, just as he was starting his vice presidency, Wallace collaborated with Rockefeller Foundation president Raymond Fosdick in founding an agricultural programme in Mexico that would become the model for the green revolution.

In 1999 Dupont bought Pioneer for $7.7 billion, a sum it obtained by issuing the biggest initial public offering (IPO) of shares in history. Dupont thus became the world’s largest seed company until it was surpassed by Monsanto in 2005.

What else is in a merger for Monsanto? Tax avoidance, for one. The corporation resulting from a Syngenta merger will most likely be incorporated outside the United States. “Monsanto is one of many US-based corporations eager to switch its incorporation to a country with a lower corporate tax rate, a strategy known as ‘tax inversion’”, according to the ETC Group.  A merger with Syngenta would allow Monsanto to move overseas and thus reduce its tax burden by more than $500 million.

What’s in a name?

And then there’s the company’s problematic name, which has become synonymous with opprobium and outrage. A major merger would be a good time to shed the name Monsanto. Why keep the name anyway? Monsanto nowadays seems to have little if anything to do with the Monsanto family, which company founder John Francis Queeny married into at the end of the 19th century. A name change would not be an outlandish move; other corporations have done so, like Andersen Consulting, Blackwater, Kentucky Fried Chicken, KPMG, Philip Morris, and Vivendi. The ETC Group predicts that “No matter which mergers/acquisitions ultimately materialize, there’s little doubt that the infamous Monsanto name will soon be history.”

Carmelo Ruiz is a Puerto Rican author and journalist. He runs the Biosafety Blog and a blog on journalism and current affairs, and is a research associate at the Institute for Social Ecology. His latest book, El Gran Juego de Ajedrez Botánico, is available on Amazon. His Twitter account is @carmeloruiz.

The image at the head of this article shows an anti-Monsanto rally in Puerto Rico, May 2015. Photo: Jesús Vázquez / Nada Santo Sobre Monsanto