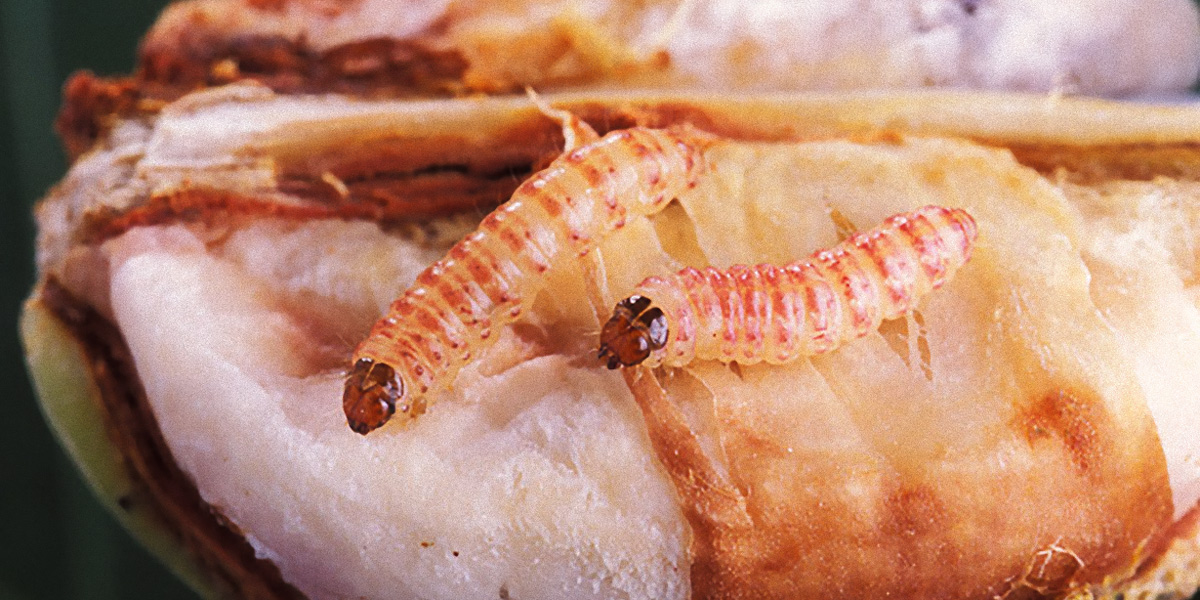 In an attempt to counter pest resistance to Bt crops, many growers have switched from GM crops that produce one Bt toxin to those producing two or more Bt toxins that kill the same pest. The idea behind such “pyramid” crops is that insects resistant to one toxin are killed by another.

But in a laboratory study, researchers produced rapid resistance in pink bollworms to two-toxin Bt cotton.

The researchers then considered how quickly pink bollworm resistance to two-toxin Bt cotton is likely to evolve in the field in different countries.

Since their multi-toxin resistant strain was generated rapidly from small populations in the laboratory, they believe that the billions of pink bollworm larvae in field populations exposed to Bt toxins in India and China are also expected to harbour gene variants for resistance to both toxins.

The researchers looked at the history of evolved resistance to Bt toxins in different countries. They reported that in the US, refuges of non-Bt cotton and mass releases of sterile moths have sustained pink bollworm susceptibility to Bt toxins for two decades.

But in India, where two-toxin Bt cotton constitutes 91% of the cotton crop, farmers have not planted adequate refuges and bollworm resistance to one Bt toxin is already widespread.

Northern China also has inadequate refuges and has seen “small but significant increases in pink bollworm resistance” to one Bt toxin that is present in almost all the cotton planted there.

The researchers concluded that the risk of pink bollworms evolving resistance to two-toxin Bt cotton is “high” in both India and China. They expect the rate of evolution of resistance to be “rapid” in India, adding that the crop may prove “more durable” in China if it is adopted before resistance to one of the Bt toxins becomes more common.

Focusing on attempting to defeat a single type of pest like the pink bollworm with Bt crops seems doomed to failure, as another pest, the whitefly, has devastated Bt cotton in India this year.

Transgenic crops producing Bacillus thuringiensis (Bt) proteins kill key insect pests, providing economic and environmental benefits. However, the evolution of pest resistance threatens the continued success of such Bt crops. To delay or counter resistance, transgenic plant "pyramids" producing two or more Bt proteins that kill the same pest have been adopted extensively. Field populations of the pink bollworm (Pectinophora gossypiella) in the United States have remained susceptible to Bt toxins Cry1Ac and Cry2Ab, but field-evolved practical resistance to Bt cotton producing Cry1Ac has occurred widely in India. Here we used two rounds of laboratory selection to achieve 18,000- to 150,000-fold resistance to Cry2Ab in pink bollworm. Inheritance of resistance to Cry2Ab was recessive, autosomal, conferred primarily by one locus, and independent of Cry1Ac resistance. We created a strain with high resistance to both toxins by crossing the Cry2Ab-resistant strain with a Cry1Ac-resistant strain, followed by one selection with Cry2Ab. This multi-toxin resistant strain survived on field-collected Bt cotton bolls producing both toxins. The results here demonstrate the risk of evolution of resistance to pyramided Bt plants, particularly when toxins are deployed sequentially and refuges are scarce, as seen with Bt cotton and pink bollworm in India.