NOTE: SpinWatch has published an updated version of Jonathan's article about the PR campaign unleashed in response to last weekend's Take the Flour Back protest. There are lots of embedded links on the SpinWatch page.

The PR industry is in no doubt as to who came out on top in the latest 'comms' battle over GM crops. 'The scientific community and authorities have done well to portray the protesters as extremist zealots,'the director of public affairs at MHP told PR Week.

The scorecard given by Alex Deane, head of public affairs at Weber Shandwick, was even more forthright. 'Science one, whining greenies nil' Weber Shandwick helped establish the UK’s GM industry front group, the Agricultural Biotechnology Council, and represents a number of clients in the nuclear industry.

There were particular pats on the back for Rothamsted Research in Hertfordshire, whose GM wheat trial was at the heart of last weekend’s protest. 'Take the Flour Back', the group that organised the protest, apparently failed to respond to PR Week. But their threat to 'decontaminate' the GM wheat trial – something that never came to pass thanks to what the BBC described as a security 'ring of steel', was used against them in the media.

'People will starve to death because of anti-GM zealotry,' ran a headline in the Daily Telegraph, while a piece in The Times called on the Government to stand up to 'anarchy and vandalism' and those whose only mandate is 'hatred of science.' 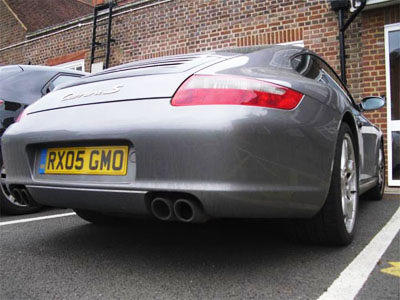 Professor Maurice Moloney – the director of Rothamsted Research – told The Observer we could be entering a new dark age, while the NFU's president, Peter Kendall, used a speech to MPs at the House of Commons to liken GM activists to Nazis: 'This is criminal, and must be dealt with as such. It’s worse than that. It is the wilful imposition of ignorance, directly comparable to Nazi book-burning in the 1930s.'

This storm of condemnation was carefully crafted. As a reporter for Farmers Weekly noted, Kendall's 'Nazi' attack was no off-the-cuff remark during a heated speech but was carefully pre-planned – so much so that the NFU press-released it in advance. And when the head of Rothamsted's GM wheat team, Prof. John Pickett, appeared in a Newsnight debate, he was flanked by Tracey Brown, the media-savvy head of the lobby group Sense About Science which has been at the heart of the PR campaign.

It is Sense About Science who kicked off the high profile 'Don't Destroy Research' campaign with a highly emotional appeal from the Rothamsted researchers on YouTube linked to an online petition calling on the protesters not to damage the trial. The campaign claimed the moral high ground, emphasising that the trial involved public science without any commercial connections and that the GM wheat would not be patented.

Sense About Science’s campaign has generated not just hundreds of column inches in the mainstream media but significant social media interest, including celebrity support from Stephen Fry who tweeted, 'The latest assault on what remains of Castle Enlightenment: please support Sense About Science.'

But it’s worth taking a glance below the surface of the 'Don't Destroy Research' campaign and its claims to the moral high ground.

The Managing Director of Sense About Science is part of the LM network of corporate libertarians who eulogise technologies like genetic engineering and reproductive cloning and are extremely hostile to environmentalists whom they brand as Nazis. Brown’s lead position at Sense About Science is no accident. Its former Deputy Director was also part of the LM group, as was the current Director of the Science Media Centre, Fiona Fox. The LMers have specifically targeted these kind of science/media lobby groups since their inception – something Andy Rowell of SpinWatch, George Monbiot and I have repeatedly drawn attention to.

The head of Rothamsted’s GM wheat team also has a dubious record when it comes to defending research. Prof. Pickett was a key player in the campaign to stop the publication of Arpad Pusztai's research on GM potatoes.

There's nothing wrong, of course, about arguing over the merits of a piece of research – that's what science is all about. But when Pickett claimed in a national newspaper that Pusztai's research shouldn't be published by The Lancet because it had failed peer review that was simply untrue. A majority of the peer reviewers supported publication. The other reasons Pickett gave for claiming the research was unpublishable can also be shown to be wrong.

It is also hard to square the claims of the GM wheat being free of patents and commercial interests with what Prof. Pickett told Farmers Weekly about how companies were 'very interested' and were 'keeping a watching brief' and that 'it could be that we generate very good intellectual property for commercial development in the interests of the UK and European agriculture and business.'

During the Newsnight debate, Prof. Pickett claimed the wheat trial had a public mandate because of its approval by the public funding body for the biological sciences, the BBSRC, which has backed the trial to the tune of one million pounds. But the BBSRC has a long history of alignment with industry, with a director of the GM giant Syngenta sitting on their council along with a consultant for Dow Agro Science.

And this industry alignment is perfectly illustrated by Rothamsted itself, which partners up with corporations like Bayer, Syngenta and Dupont. It also has an Institute Director who not only drives a Porsche with a GMO number plate but has a c.v. to match. It is Maurice Moloney’s GM research that lies behind Monsanto’s GM oilseed rape. He is the inventor of more than 300 patents and prior to Rothamsted, he also successfully launched his own GM company in Canada – SemBioSys Genetics Inc., in which Dow Agro Science were investors. This was flagged up by the BBSRC when they appointed Moloney in a press release praising his 'effective translation of research into successful business activity.'

If the BBSRC were hoping Moloney would bring his SemBioSys touch to British agriculture, then it's hardly reassuring that Moloney's company seems to be going belly up, having recently sought voluntary delisting from the Toronto Stock Exchange. Some see a similar risk for British agriculture if Rothamsted contaminates the UK's wheat supply. Rothamsted say this won't happen because wheat is self-pollinating and the pollen is short lived. But the same is true of rice and that didn’t stop US rice becoming extensively GM contaminated, triggering a massive market loss, as a result of GM rice trials.

And it's not just GM critics who are raising concerns about the Rothamsted trial. Guy Smith, himself a former GM trial farmer as well as a long-time member of the biotech industry lobby group CropGen, recently declared that the wheat trial is not just a massive waste of public money but little short of insane: 'Take the latest Rothamsted work looking at GM insect-resistant wheat... the main question I have is why are we spending a large chunk of our finite R&D budget on a crop no one wants to buy? Even in the USA, GM wheat has stalled because of consumer resistance. Can anyone think of another example of money being spent on the development of a crop that has no market prospects? What's next, research on apples that taste of herring?... It is as if the R&D committee got drunk before the meeting.'

As a wheat grower Smith is, of course, part of the very constituency whose interests Rothamsted claim to be serving. But with Moloney in charge it seems clear whose interests they are most likely to serve. The agricultural writer Graham Harvey sees the Porsche driving GMO man as, 'in the business of privatising nature and bringing the world's food supply under the control of large corporations. The parallels with the global banking system – with its reckless trading of complex derivatives – is alarming… we're baffled that such a narrow technical specialist should have been put in charge of research into securing our food supply.'

Under Moloney’s leadership, says Harvey, the Rothamsted scientists seem content to gamble our food security on an unproven and potentially unstable technology. For Harvey, the current tide of indignation over the Take the Flour Back protest is in reality part of a cynical agribusiness campaign to get this unnecessary technology accepted in Britain. To judge by PR week, the campaign seems to be going well.

Jonathan Matthews is the founder and director of GMWatch