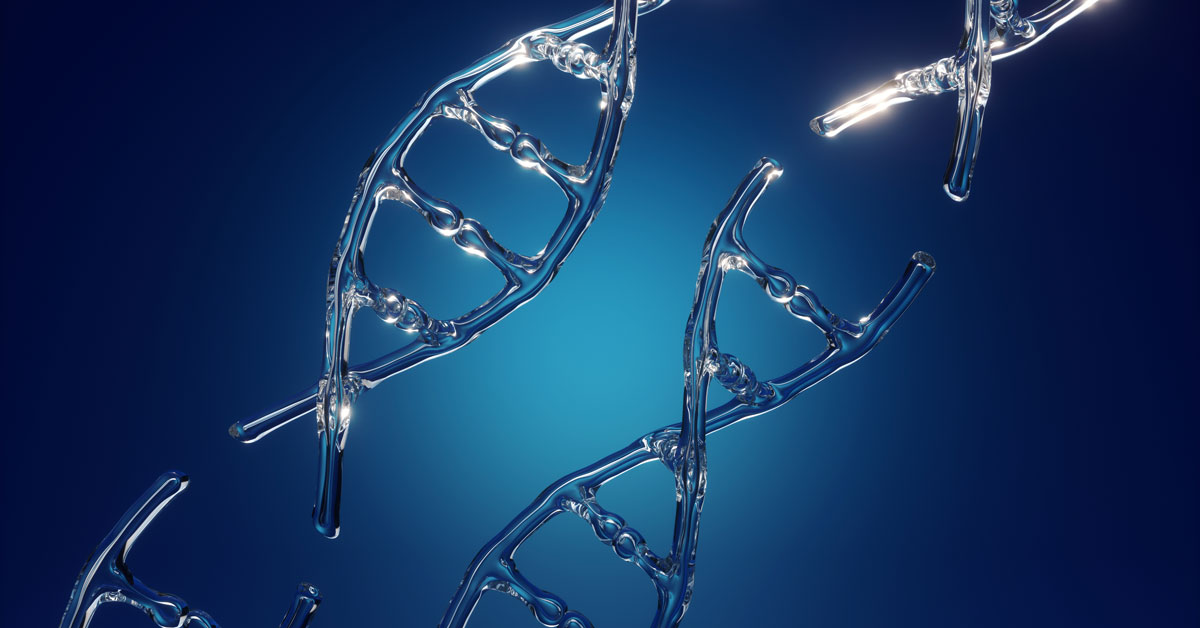 Precautionary principle of EU GMO regulations "should not be weakened" by excluding whole groups of gene-editing applications from their scope. Report: Claire Robinson

An important review of the safety of gene-edited GM plants for health and the environment has been published by a group of scientists working for national government regulatory agencies in various EU member states and Switzerland.

Certain misconceptions promoted by lobbyists are critically important because they help form the basis of claims that gene-edited plants require less regulation. Debunking these misconceptions, the review makes the following points (further details below):
* The claim that gene editing is precise is NOT accurate
* Changes brought about by gene editing are NOT the same as those produced by conventional breeding
* Gene editing applications that don't deliberately introduce "foreign DNA" are not by default safer than genetic engineering methods that do
* The fact that some forms of gene editing are meant to only bring about "small" changes in DNA is NOT a reliable denominator of risk/safety
* Not enough is known about the off-target modifications brought about by some forms of gene-editing to assume safety
* If gene-edited plants can, as claimed, be developed at greater speed, that can mean HIGHER risk.

The authors suggest integrating the following two sets of considerations into the risk assessment of gene-edited plants:
* those related to the traits intentionally developed by gene editing, and
* those addressing the assessment of unintended effects induced by the gene-editing processes used – for example, due to off-target modifications.

They recommend that further specific risk assessment guidance and monitoring should be developed to enable a focused assessment approach for gene-edited plants.

EFSA concluded that the general approach and the principles developed for the assessment of GMOs are applicable for gene-edited plants, but did not give case-specific guidance. Nor did it address the shortcomings of the current assessment and monitoring system for GMOs, which should also be considered for gene-edited plants. The new review addresses those gaps.

Changes from gene editing not same as conventional breeding

The review authors point out that while the precautionary principle requires gene-edited organisms to be assessed on a case-specific basis, the current discussion on regulation typically focuses on trying to establish classes into which these organisms can be classified, based on the gene-editing technique used and the type of modification introduced. The aim of such classification is to argue for exempting certain classes from the GMO regulations. A common argument is that changes introduced by SDN-1 and SDN-2 resemble mutations that could be introduced by classical mutation breeding and thus should be exempted from safety assessments and GMO labelling.

The review authors reject this argument, since the type and scale of mutations introduced by gene editing "may differ quite significantly from those mutations which may arise spontaneously during conventional breeding". They cite a separate review showing that gene editing allows the editing of several genes at once or the editing of genes that are inaccessible to conventional breeding.

The authors conclude, "case-specific considerations seem to be more appropriate than considerations based solely on the type of GE [gene editing] applications".

"No foreign DNA" does not equal greater safety

The authors state that risk or safety cannot be gauged on the basis of whether foreign DNA is introduced.

GMWatch notes that restricting GMO regulation to cases where foreign DNA is deliberately introduced is the aim of pro-GMO lobbyists in the EU and the UK alike – but we agree with the review authors that this criterion is irrelevant to judging safety. A gene-edited GMO containing no foreign DNA may prove to be toxic or allergenic, while one that does contain foreign DNA may be safe. Safety or otherwise depends on the context of the manipulated gene(s), their interactions with other genes and the environment, and the nature of the disruption to the genome caused by the gene editing process.

"Small" size of changes from gene editing does not mean safety

In response to the argument that mutations induced by SDN-1, SDN-2, and ODM are typically of small size and thus pose less risk than larger genetic modifications, the authors state, "the size of the modification cannot be regarded as a reliable denominator of risk/safety of the specific modifications present in individual GE plants. On the contrary, it is well known that even small DNA sequence changes can significantly impact the function and effects of the modified genes within the context of the GE plant."

While "small" changes can't be assumed to equal safety, major changes should trigger an extra stringent risk assessment, according to the authors. They explain that "A high depth of intervention and/or complexity of the introduced changes" indicate that "a robust, comprehensive" risk assessment is required.

Precision claim is not accurate

Regarding claims that gene editing is precisely targeted, the authors warn that the specificity of gene editing "is not absolute", and that "All GE methods are known to have the potential to also introduce off-target modifications", which are not always predictable. They advise that "the identification and characterization of off-target modifications in the final plant product is relevant for the assessment of unintended effects".

GMWatch notes that this is contrary to EFSA's (in our view reckless) opinion that analysis of off-target effects is unimportant.

The review authors disagree with EFSA's use of the argument that strategies are available to increase the precision of editing and to remove off-target modifications in subsequent crossbreeding steps. EFSA uses this argument in order to minimize the importance of off-target effects. But the review authors note that "not all GE approaches can be designed to minimize the occurrence of off-target modifications". They point out that sometimes, intentionally "dirty" gene-editing approaches are used by developers, in order to target a number of sites in the genome with slightly different target sequences.

On the topic of off-target modifications, the review authors effectively send EFSA off to do its homework: "We suggest drafting further guidance for the assessment of unintended effects of GE modifications."

GMWatch agrees with this recommendation.

Some traits in gene-edited plants that can be obtained by gene editing already occur in conventionally bred crops. Other traits are not found in conventional breeding. However, the review authors say that while available knowledge of a trait needs to be considered in the risk assessment, this gives no information on unintended effects resulting from the gene-editing process used: "Familiarity thus cannot serve as a general denominator of overall safety."

Having said this, the authors caution that "A significant number of the traits developed by GE [gene editing] need to be considered novel."

If gene editing does, as developers claim, shorten the development time for new plant varieties (though this claim is questionable), this could heighten the risk. This is because fewer backcrossing generations would be needed to develop new gene-edited varieties, so unintended modifications are less likely to be removed during the subsequent cross-breeding steps.

The authors state that for gene-edited organisms, "a case-specific risk assessment within the current regulatory frameworks for GMOs should be conducted. This is considered a better option than to exclude certain classes of GE application from GMO regulation and from the established systems for risk assessment under these regulations."

They add that "assessment of some of these traits will be challenging", noting that EFSA came to the same conclusion in their case study of a low-gluten wheat plant modified in multiple genes by a CRISPR/Cas-based method: "Such applications differ significantly from any plants which were assessed previously and would require a comprehensive approach for risk assessment including ERA [environmental risk assessment] and food/feed safety assessment."

The authors warn that considering the wide range of plant species and the gene editing methods and traits, "there is no safety by default for whole groups" of gene editing applications or products. Biosafety considerations should instead be based on an appropriate risk assessment prior to the release of GE plants into the environment.

In their view, "The case-specific approach incorporated in the EU regulatory framework is a viable way forward, provided that further guidance for the risk assessment of GE applications is developed. The existing guidance developed by EFSA and their initial work on GE applications is not sufficient to address these challenges, but rather a starting point for further efforts... General considerations concerning risk/safety of all GE applications or of different classes of GE applications are insufficient to address the challenges at hands. Instead, we suggest that a focused case-specific approach is followed to provide a robust risk assessment of individual GE plants."

GMWatch agrees with these conclusions and looks forward to seeing EFSA rise to the challenge of developing additional risk assessment guidance to ensure protection of health and the environment from unintended effects of GM gene-edited plants.
---

An intensely debated question is whether or how a mandatory environmental risk assessment (ERA) should be conducted for plants obtained through novel genomic techniques, including genome editing (GE). Some countries have already exempted certain types of GE applications from their regulations addressing genetically modified organisms (GMOs). In the European Union, the European Court of Justice confirmed in 2018 that plants developed by novel genomic techniques for directed mutagenesis are regulated as GMOs. Thus, they have to undergo an ERA prior to deliberate release or being placed on the market. Recently, the European Food Safety Authority (EFSA) published two opinions on the relevance of the current EU ERA framework for GM plants obtained through novel genomic techniques (NGTs). Regarding GE plants, the opinions confirmed that the existing ERA framework is suitable in general and that the current ERA requirements need to be applied in a case specific manner. Since EFSA did not provide further guidance, this review addresses a couple of issues relevant for the case-specific assessment of GE plants. We discuss the suitability of general denominators of risk/safety and address characteristics of GE plants which require particular assessment approaches. We suggest integrating the following two sets of considerations into the ERA: considerations related to the traits developed by GE and considerations addressing the assessment of method-related unintended effects, e.g. due to off-target modifications. In conclusion, we recommend that further specific guidance for the ERA and monitoring should be developed to facilitate a focused assessment approach for GE plants.