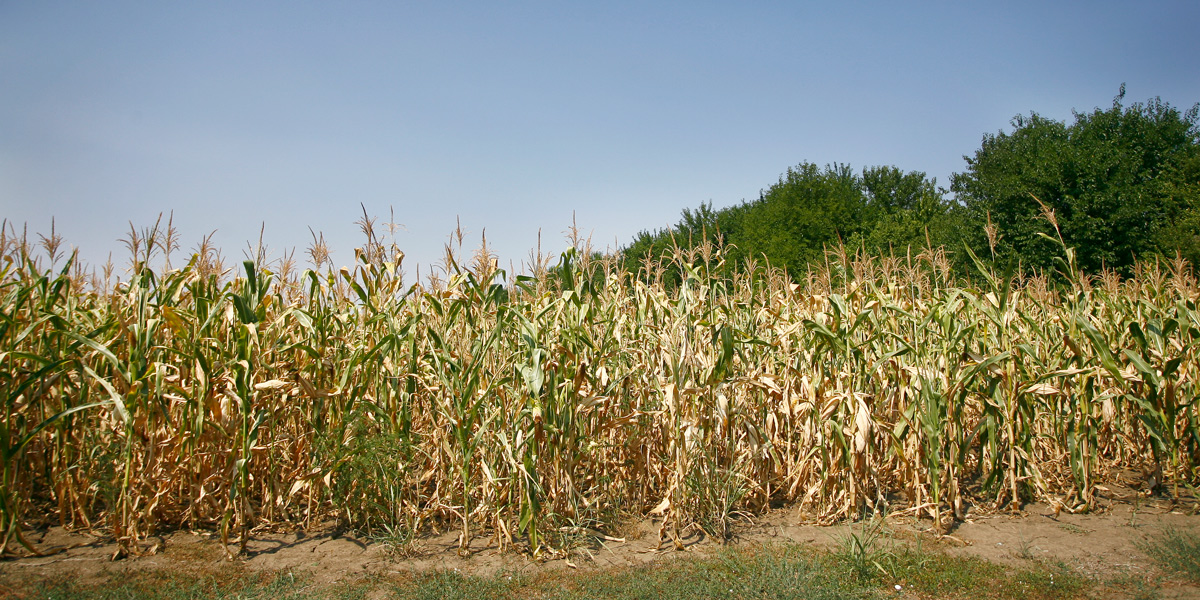 A recent United States Department of Agriculture (USDA) report confirms what independent biosafety scientists, and African civil society, have been stating all along: Monsanto’s GMO drought-tolerant (DT) maize (MON87460) does not work.

The USDA report reveals that performance of corn (maize) varieties transformed with the genetically engineered (GE) trait claimed to be DT is poor in terms of both yields and adoption rates, as compared with non-GE (conventionally bred) DT corn.

Findings of the USDA report

Non-GE DT corn was introduced in the US in 2011 and GE DT corn in 2013. By 2016, at least 80% of US DT corn acres were planted with conventionally-bred varieties and only 3% with GE DT seed. The report states that the diffusion of GE DT corn "has lagged behind the diffusion of the non-GE DT hybrids", confirming non-performance of the GE drought trait.

US Federal crop insurance covers a much larger share of DT than non-DT corn fields, leading the USDA to reliably surmise that farmers may see planting DT GE maize seed as riskier or that they do not view drought tolerance as a sufficient hedge against drought risk.

A similar finding was made in October 2018 by the South African biosafety authorities, when it rejected an application by Monsanto for the commercial cultivation of a triple stacked drought tolerant variety, MON89034 x MON89034 x NK603, due to neither a yield nor agronomic performance advantage of the GE DT variety as compared with other conventional varieties.

Similarly, in November 2018, the Tanzanian government ordered that all GE maize crops, stacked with the drought tolerant trait, under field trials by the Tanzania Agriculture Research Institute (TARI) be immediately stopped and the test remnants destroyed. This order came as a result of unauthorised use and release of the trial results by TARI who invited members of the public, including the controversial Mark Lynas, to view the performance of the GE crops.

These African government decisions may well have sounded the death knell to the Gates Foundation/Monsanto funded Water Efficient Maize for Africa (WEMA) project, under whose auspices the DT maize has been developed for deployment in Africa.

Renewed push in Kenya under the guise of TELA

DT maize varieties, and particularly GE DT maize, have been touted as ‘climate smart’ solutions to abiotic stresses such as drought for smallholder farmers in Africa and WEMA GE trials have been underway for several years in South Africa, Uganda, Kenya and more recent years in Tanzania and Mozambique.

Despite the millions of dollars spent on developing the DT maize by the WEMA project, this project is clearly failing. However, this has not deterred the biotech industry, particularly in Kenya, where the commercialisation of the WEMA GE maize DT varieties has been rebranded as TELA Maize. Scientists in Kenya, using the biotech PR machinery, the Cornell Alliance for Science’s platform, and elsewhere are now calling for its commercialisation in that country. In doing so, they continue to perpetuate the falsehoods of DT GE maize as a tool to combat drought and continue to make unsubstantiated claims about it also being able to deal with the FAW. Repeatedly, increase in yields, due to the control of the FAW, are cited by the pro biotech machinery, despite several studies showing the effectiveness of alternative free and ecologically sustainable methods to deal with this pest, such as the tried-and-tested push-pull technology developed by the International Centre of Insect Physiology and Ecology (ICIPE).

The truth of the matter is that these claims from the biotech industry are all hype and the commercial approval of the GE DT maize in Kenya may be a long way away, if at all. The Kenyan authorities may well see through the false claims. Only conditional approval has been given for National Performance Trials (NPTs) in Kenya, pending the results of a full and proper Environmental Impact Assessment (EIA). Such an EIA may well support the findings of the USDA and the South African government authorities.

Instructively, the current dry season has seen a huge failure with the WEMA non GE hybrids drying up while local Open Pollinated Varieties (OPVs) have shown resilience to the extremely hot temperatures experienced from December 2018 to February 2019.

Genetic engineering conferring drought tolerance in a crop plant under the WEMA/TELA project entails the genetic modification of a single or few gene/s. Yet there are numerous genes that control drought tolerance in plants, not to mention the complex relationship that exists between genes themselves and genes and the external environment. This is highlighted in the USDA report, which identifies two significant challenges for the development of GE DT corn. First, corn undergoes complex physiological responses to drought that vary according to the drought’s timing, duration and severity. These responses are not governed by a single gene, thus genetically modifying one gene or a small number of genes may not confer drought tolerance. Secondly, the report notes that the effects of drought stress on the corn plant may not necessarily be the same as heat stress.

The need for real sustainable solutions for smallholder farmers

Climate change is a huge challenge for smallholder farmers in Africa. However, we need real and workable holistic solutions to be implemented by African governments on the African continent, rather than adopting a single non-performing GE DT trait promoted by the biotech industry.

For small holder farmers and women in particular, the real challenge lies in increasing diversity and building resilience to climate change. What they need are holistic approaches to pest management and diverse, locally adapted seed, which they can save and replant without paying royalties. Small scale farmers and consumers (and our ecosystems) also need a diversity of crops, both to diffuse risk in challenging farming conditions and to ensure a sound and diverse nutritional base.

Our demands are that smallholder farmers be at the center of programs that strengthen their share of national agricultural production; that support their own capacities to revive and use indigenous seed and maintain and enhance agricultural biodiversity – roles that small holder farmers are uniquely positioned to play.

* Sabrina Masinjila is the outreach and advocacy officer with the African Centre for Biodiversity (ACB), based in Tanzania. Anne Maina is the coordinator for the Kenya Biodiversity Coalition (KBioC).